This event was a huge success!! Great turnout and beautiful people and cars everywhere. Weather was a little up and down, but it was cool for th most part. Hearing engines roaring on the dyno every now and then made everyone smile. Parking lots full of cars, not to mention the street as well. There was so much of a selection that we didn't get to capture everything there. We want to say sorry if we missed yah and thanks for all you support!!

So our videographer Ceda, wasn't able to make the show, the rest of the members were able to though. So we decided to borrow his equipment to record footage of the event at Eurowise this past weekend. Keep in mind this was our first time shooting video and my first time editing whatsoever. We hope y'all can bear with us and enjoy this video.

We wanna thank everyone making this event possible. Ryan for putting the event together. Mike at Eurowise for allowing the event to take place there. WrongfitmentCrew Members that came and supported the movement. And ofcourse the spectators and guest who made this event such a blast! Photo coverage will be up soon!

Everyone loves to see a stanced out Wagon, no matter what the make. Subie Wagons are personally my favorite; so naturally, when I had seen Andre's Wagon online, my eyes were glued to it. Andre went through an array of colors with this Subie; his current color is the 350z Brickyard Red, which is very pleasing to the eye. Andre began modding the Wagon's suspension for track, he inevitably went lower and lower with his setup. Although we weren't given a mods list, we can tell Andre knows what he's doing. Daily driven on 17x9 White Rota Torques really compliments the brickyard very nicely. Simple and clean is all that needs to be said. 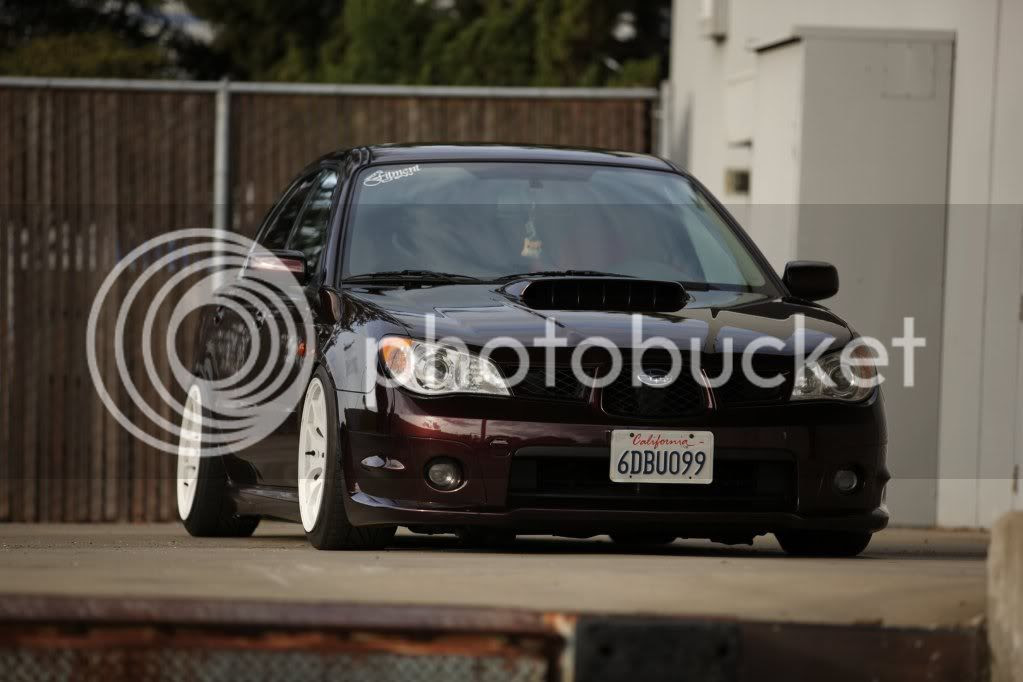 SL: Subie's are always a joy to see stanced out; What made you want a Wagon?

Andre: Well ive always had a subaru since i started driving, this is my 3rd one. Just always love and been into wrx wagon. I do a lot of out door stuff and drive everywhere so it was an easy choice when deciding between a wagon or sedan. Previous subaru was a sedan, couldnt fit much junk in the trunk..ahah 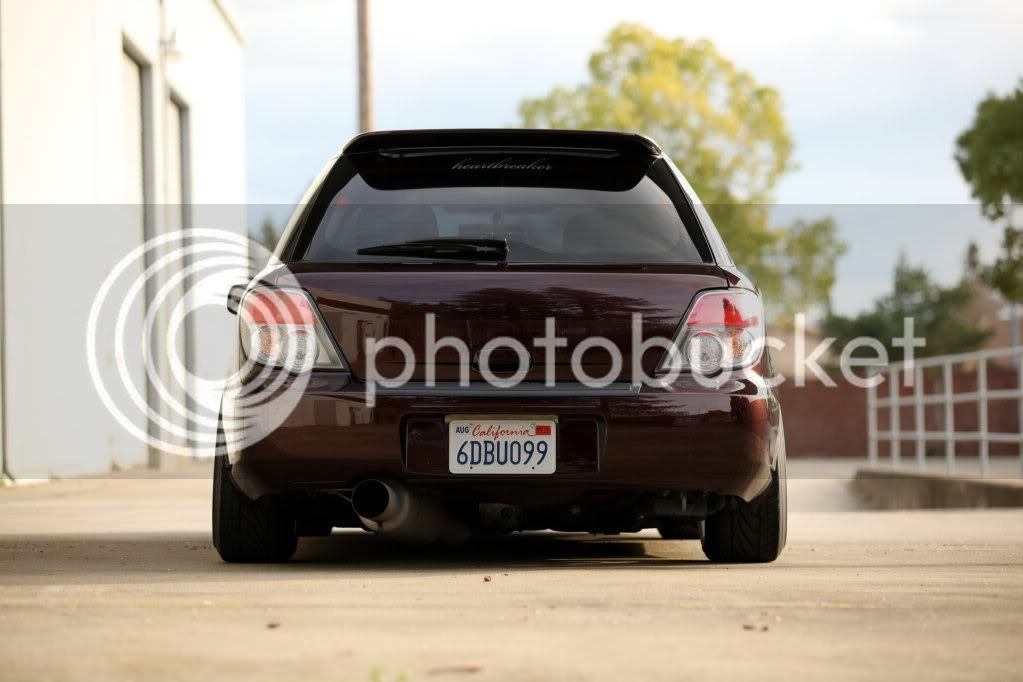 SL: What got you into the Hellaflush movement?

Andre: Not sure..ahah car started being built as a track/autoX/touge car..slowly started getting lower and lower and eventually what it is now, Although I still do the occasional track day/touge run, when I can with how it sits now, still love it and try and make time for it when I have money. 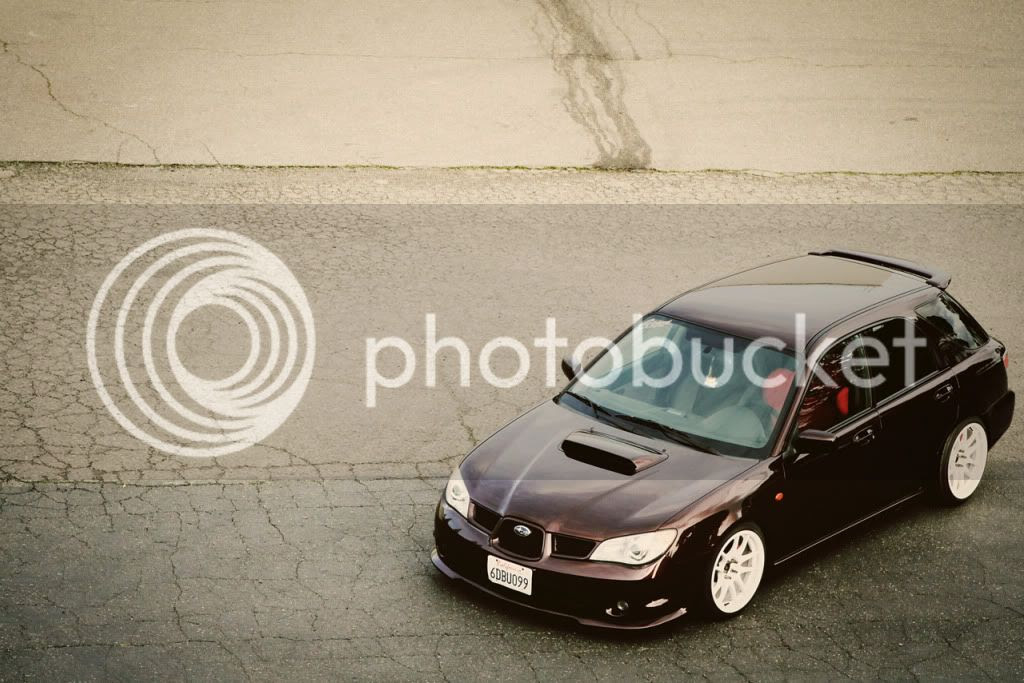 SL: Anything you hate about being stanced?

Andre: Anything i hate about being stanced, nope other then having to take the occasional different route to somewhere..have no complaints, love driving!!! 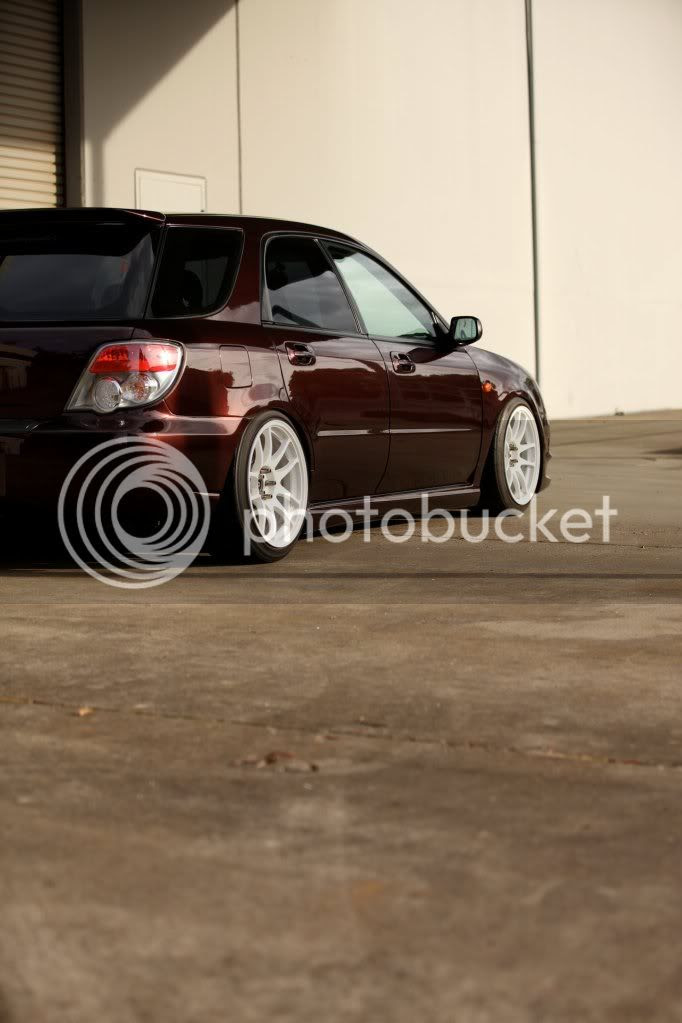 SL: Seeing as you are keeping things simple and clean, do you have any future plans?

Andre: Future plans. Not really, just kinda go with it. Maybe another lip, last lip got ripped off same night I put it on. Most of the funds go in to random suspension stuff. 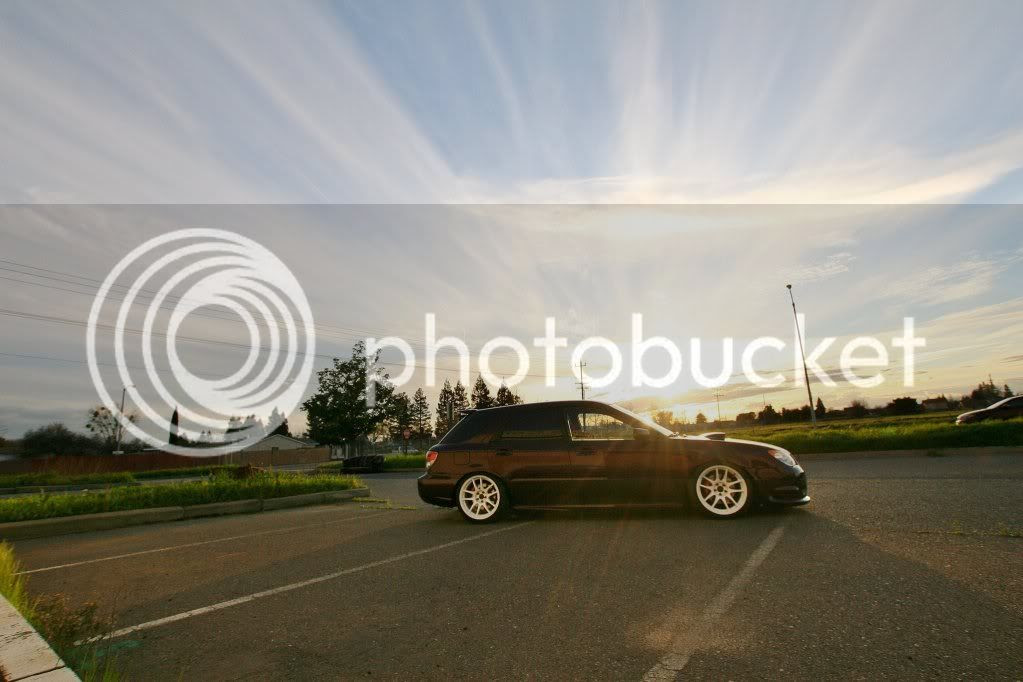 Andre: My family for putting up with me taking the garage over and my all my friends that have had major influences in the way that my car is today and everyone that has hooked me up with anything to do with my car, MUCH APPRECIATED!!!

Not many people know this, but Wisdom comes with drifting. Of course, you only become wiser with your drift techniques. Derek Wise straight outta the "A"(Atlanta, for those of you who aren't street savvy), drifts as a hobby. When the drift track isn't enough, he drifts elsewhere. At night, when the streets get quiet and the city of ATL sleeps, Derek slides along the empty roads improving his drift swag. Your probably wondering, what kind of car does he drift with? Derek Wise's weapon of choice is a slammed, Jackson Racing supercharged, stance'd out Mazda Miata. Not only does he drift this monstrous beast, it's Daily Driven too. We interviewed Derek via the world wide web and here's what he had to say.


SL: "What inspired you to build a miata?"
Derek: "The inspiration behind the vehicle started because most people who drove miatas in GA were older men more of the keep it factory, or only do so much to it type. I was always a fan of them after a buddy back in high school had one and i loved it. Back then i was in a 240...figures hahaha. So i began doing some research on the cars and found a few better looking stanced ones in cali on a forum (clubroadster.net) and said to myself there really are none here in Atlanta, so im gonna build one."

SL: "So hows the low life treatin' yah?"
Derek: "Living the slammed life is a life of its own, you get looked at by older people thinking "what on earth did they do that for?!" I love it, it also doesnt help to have a bud like Justin Butera, he loves the low life, so not lower...slamming your car is not an option. But like everyone else in Prime Auto, its what we love doing, so easy answer, i love the low life."

SL: "What got you into the fitted/hellaflush/stance'd lyfe?"
Derek: "I got into this whole scene like anyother dude bro, going to meets and bigger shows. There wasnt really a hellaflush/fitted scene in Atlanta for a while, and it took a while to catch on here. But id have to say i got into it by watching the scenes in Japan, and seeing other built and stanced cars here (mainly vw's, i dont think anyone does it harder.) SO yeah i baisically watched japan and germany and decided to take it to a miata."

SL: "Any future plans to the miata?"
Derek: "Ahh future plans, well the car was rear ended in November 2010, and sadly it was totaled, so im trying to cope with having to let the car go and parting it out, but I will be back in the game in no time with another miata, so you guys better keep your eyes open. Ill just let you in on some secrets, bigger power, better stance, more appealing colours, and some burnouts! hahahaha"

SL: Special Thanks
Derek:
"Ive have had a lot of help with the car along the way, I have to give a big thanks to Prime Auto (Justin Butera, Sheldon Sales, Austin Johnson, those three probably have the most help in the actual car.) and all the guys in it. With out them my car would definitely not be where it is today, long nights plenty of beers and laughs helped it. I also wanna give a big thanks to any girlfriend i had at the time who put up with the drifting, building and shows i made them sit through. Over all the biggest thanks are to the readers, they keep everything going. And to the magazines, online or off, they help show everyone what we do in the scene!"


Derek, you are truly an artiste. We commend you on drifting your daily driver and riding that low. Keep doing what you do bro. Hopefully everything will be fixed before the season starts. We hope we get to see you at our first meet. whenever that is.

Posted by StancedLyfe at 12:44 AM 2 comments

Sup dudes and dudettes. We are here to present to you this past weekends drift event at Metrolina Expo Center in a video format. Exclusively for Stancedlyfe! We hope you enjoy this video as much as we did!

Posted by StancedLyfe at 11:49 PM 0 comments

StancedLyfe
Stance'd Lyfe is a blog brought to you by a group of guys devoted to bringing current and aspiring cars to our readers. We started this blog, to bring new ideas and have viewers blown away by the uniqueness of our blog by covering music, nightlyfe, and artistry. The Stance'd Lyfe staff includes 8 close friends from around the triad. We dedicate this blog to you, the viewers. If there is anything you think we can improve, please feel free to hit us up and let us know.

Hellaflush. Aggressive Wheels. Wrong Fitment. There's a whole subculture of cars out there that is growing faster and larger each day. This is the world of being STANCE'd. Low chassis that barely clear the ground, flush wheels that poke just right, and stretched tires that barely hold on for their lives; these are the attributes of being a STANCE'd car. We're here to bring new ideas and new cars. New faces with new places. Individuality is key. We will be bringing you the craziest, or subtle, or simple, or most unique cars the southeast has to offer. But it doesn't stop there, I'll be featuring ride from all over the place!